2018 CUMIC Annual Gala: A Steel Bridge to the World

On Feb 3rd and 4th, 2018 CUMIC Annual gala was successfully held in the Sheraton Shanghai Chongming Hotel. The theme of the Annual Party was"A Steel Bridge to the World", the concept of diversification and globalization were added in the Annual Gala, which made the party exciting and colorful.

During the meeting, Mr. James Qian, Managing Director, and Mr. Jerry Zhang, General Manager of CUMIC delivered their annual report which reviewed CUMIC's achievements during 2017 and formulated plans for 2018. In the Awarding Ceremony, the chief leaders of CUMIC acted as the award presenter to announce the awards on business, operation, new-CUMICer, and so on, as to award the outstanding colleagues in the past years. In the “CUMIC Brainstorming" topic discussion, the colleagues were active and enthusiastic to give their ideas and were looking forward to the development of CUMIC in the future.

At the Evening Party, all the colleagues were divided into groups, each group gave their special and regional performance, such as Hand-Drub Dance of Africa, Indian Dance, American Style. The wonderful performance made the atmosphere great. 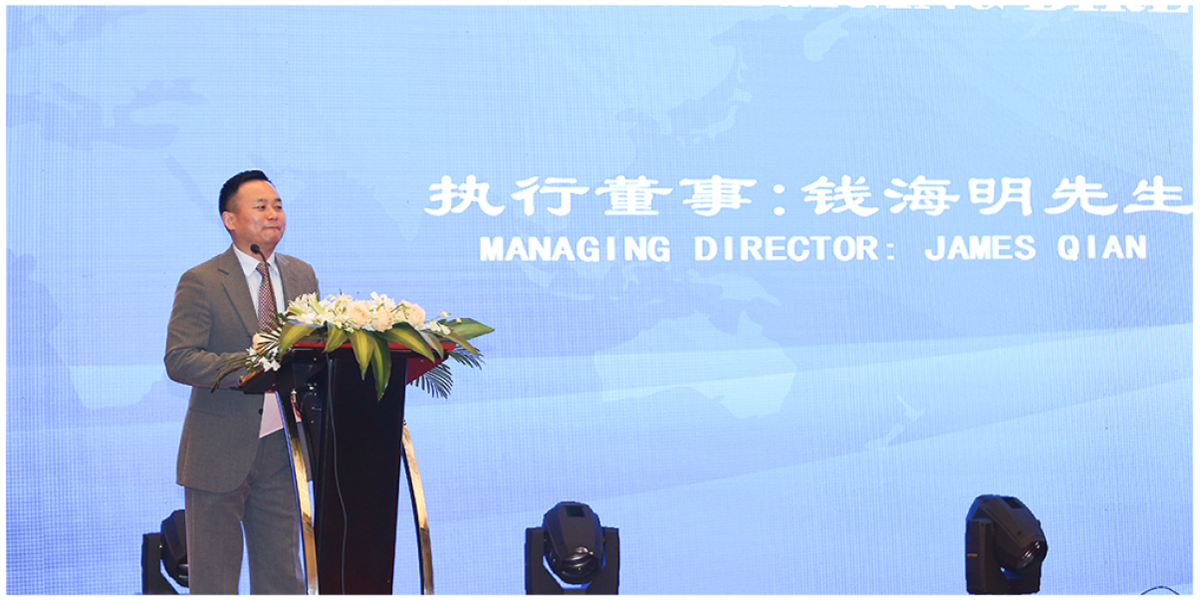