The rolling mill is one of the core equipment of the steel industry. Whether it is cutting-edge new weapons such as aircraft carriers and nuclear submarines, mass infrastructures such as nuclear power plants, giant bridges, and reservoir gates, or even consumer goods such as cars, refrigerators, and washing machines in people’s daily lives, steel plates are everywhere, and they wouldn't exist without the high-quality steel made from rolling mills.

Fact 1: It was Leonardo da Vinci that first designed the original sketch of a rolling mill in human history.

The invention of the rolling is very likely attributed to Leonardo da Vinci. One of his drawings back in 1480 is the earliest sketch of a rolling mill that can be found. Fact 2: The production of heavy plates requires a roll surface width of more than 2800mm.

Hot-rolled plates play an irreplaceable role as the building blocks for our world. The heated steel billet is rolled by the upper and lower rollers in the rolling mill, and finally rolled into a steel plate. In terms of the width of the roll surface, the rolling mill can be divided into 8 standards: 1800mm, 2300mm, 2800mm, 3300mm, 3800mm, 4300mm, 4800mm, and 5300mm. Heavy plate rolling usually requires a mill with a roll surface width of more than 2800mm. 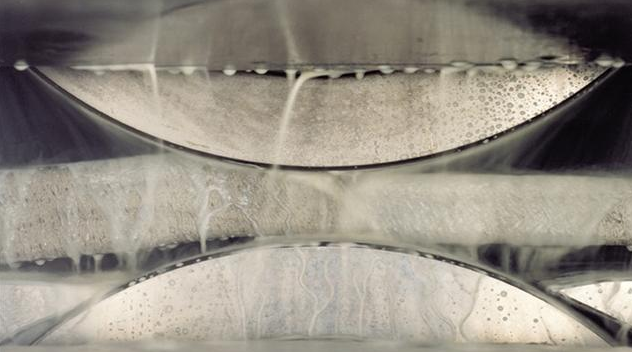 Fact 3: The maximum width of a rolling mill to date is 5500mm, which is used in megaprojects like the construction of an aircraft carrier.

Heavy plate is the backbone of our industrial world. When it comes to giant ships, large-diameter oil and gas pipes, weapon armor, offshore drilling platforms, and nuclear power stations, large dam gates, and other megaprojects, large-size steel plates are essential.

Take the "Nimitz"-class aircraft carrier as an example. Its flight deck area is 18,200 square meters, composed of 50 mm thick HSLA-80 steel plate and composite armor materials; it must withstand the strong impact and flames of fighter aircraft taking off and landing. Burning, but also have enough bulletproof capability; therefore, large-size steel plates must be used to reduce welds and increase strength. In the shipbuilding industry, especially in the field of military shipbuilding, large single-weight wide and heavy plates are a must. In such scenarios, it will most likely require rolling mills of width over 5000mm.

Fact 4: China has the largest number of HRP rolling mills wider than 5000mm.

In fact, before 2003, China didn't even have any mills that produce plates wider than 4300mm. But in the last 17 years, China's high-quality steel mills such as Baogang, Angang, Shagang, etc. made a series of major breakthroughs. In 2009, Angang produced the widest heavy plate rolling mill to date, at 5500mm.

As an integrated steel trading solution provider, we, CUMIC Steel Limited, have long-term cooperation with over 200 mills worldwide. In particular, we are able to provide all-in-one solutions including products from these top mills for your industrial needs.