The Steel that Shaped our World: 3 Must-watch Documentaries for Everyone in the Steel Industry

As the most important raw material, steel plays a vital role in the modern world's progress. It has built civilizations, transformed lifestyles, and witnessed major changes in history. 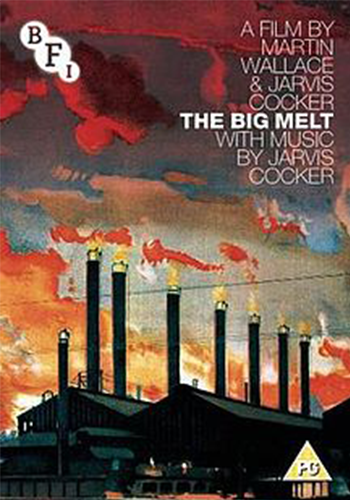 The Big Melt, co-created by musician Jarvis Cocker and film director Martin Wallace, takes a deep dive into the legendary steel industry in Sheffield, from a unique perspective.

Among all the documentaries about steel, this is probably one of the most artistic, and unlike the usual educational types of documentaries, this one doesn't include any narrations or dialogues. It is in fact, a feature-length patchwork of some fascinating archive footage of Sheffield's steel works with an amazing live soundtrack.

"It's not about steel. It's the attitude.” Says the creator, famous pop singer Jarvis Cocker who was born and raised in Sheffield and dedicated much of his music to the famous steel city. The film is a glimpse at the old days of the steel industries, takes the audience back to the prime of the famous steel city when it was the steel-making center of the universe. Growing up in the steel city and being surrounded by people working in the industry, he dedicated the film to steel, but more importantly, to how steel has shaped the city's culture and the people's spirit.

This film was created for screening at the 20st Sheffield Doc/Fest, and was designed to celebrate the centenary of stainless steel being created in the city by in Sheffield by Harry Brearley. 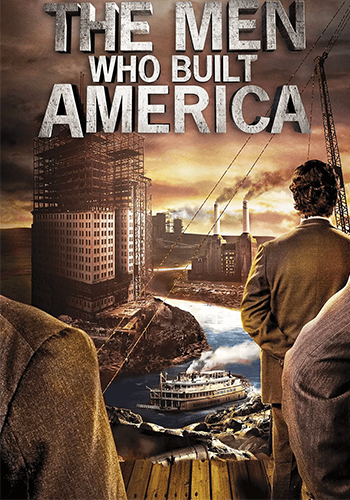 This six-hour, four-part miniseries docudrama was firstly broadcast on the History Channel. The epic-like series focuses on 6 important figures in America’s industrial world, showing the country and the world’s revolution in a different light.

The second episode "Bloody Battles" tells the story of one of the most important figures in American history, Andrew Carnegie, as well as his steel empire and how it helped him become one of the richest men in history.

We can also see in the 4th episode, "When One Ends, Another Begins" how Henry Ford used steel and modern production techniques to introduce an affordable car that changed the world forever. The birth of Ford Motor Company and the following new business models would not have been possible without the advances in steel production processes.

These miniseries give us a better understanding of steel's exciting past, especially in terms of how much impact in had on the history of America and the modern world.

This new inspiring Australian documentary follows a group of determined local women in their  14-year fight for the right to work in Wollongong's steel industry in the 1980s.

41 years ago, after being told “there's no jobs for women” at the local steel mills, hundreds of women begin a campaign, Jobs for Women Campaign, against Australia’s most powerful company, BHP. Their political and legal battle for the right to work lasted till 1994 and changed workplace rules throughout the country forever.

The director of this film, Robynne Murphy, was one of the leaders in this campaign. She takes us back to the long struggle of women in male-dominated fields, playing out against a background of societal changes: from the emergence of the women’s movement and anti-discrimination legislation to the shifting roles of women in the workforce.

While showcasing Australia’s history of the steel industry, Women of Steel is above all a story of perseverance and comradeship told with emotion and humor. It also offers inspiration to those who seek justice and equality today.

The birth of modern American economy, the rise and fall of the industrial prime in the U.K, women’s work rights in Australia… In these documentaries, we get to witness how the steel industry shaped our modern world through different perspectives, and it’s important for people working in the industry today to remember how much what we do mean to the world, and what our predecessors did to push the progress and bring positive changes.

Today, the steel industry once again encounters new challenges and opportunities at this important turning point of humanity: as an industry known for its great carbon emissions, we are taking action to play our part in the joint quest of restoring our Earth. While exploring new possibilities and pushing new frontiers, let’s also remember the past and let it be the continuing inspiration for this ever-evolving industry.

About CUMIC
CUMIC has more than 15 years of experience in global steel trading, providing both steel mills and end-users with professional, efficient, and reliable steel supply solutions. We have established long-term cooperative relations with more than 200 steel mills to ensure these products are fabricated using quality material and are in line with various international standards.

We are a team of professional, passionate, and committed steel experts who dedicate our continuing efforts to the best experience of all steel users and everyone in the supply chain. We offer technical support and 3rd party quality control services to our customers.

If you find these documentaries interesting, don't forget to follow us on LinkedIn and Facebook for more updates on everything steel!